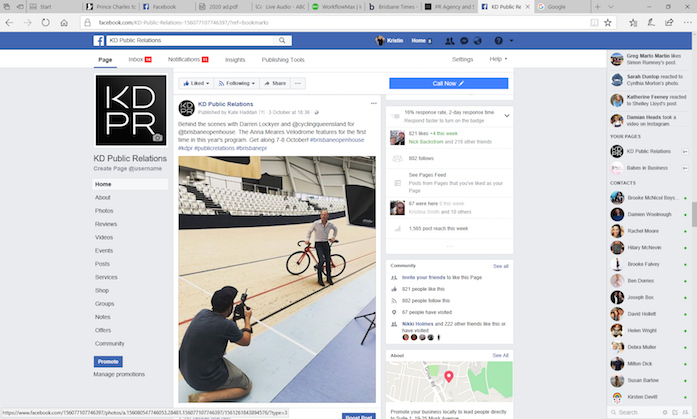 Facebook recently introduced new features: Facebook Live and Facebook Story. Both features incorporate video content in a slightly different way than just uploading a new video. Of course, both features has its upside and downside. Now, what are they, and how can we use it in PR?

This feature enables the user to broadcast live videos, directly to their news feed and their story, from their devices so their followers on Facebook can watch the video as they record it! Another upside is that friends and followers get notified when you start to go live, so it is more engaging than just uploading videos. Viewers can still leave comments, likes, or share the video as it’s being broadcasted, which leads to better interaction with the audience.

Broadcasting live videos can be risky – what if something goes wrong? Hence, preparation is critical. Run your script and do a practice video to minimize the risk!

Facebook Live could be a suitable option to broadcast an event, allowing anyone to access and be involve in the event from anywhere.

This feature allows user to share short videos instantly, with lots of editing option (fun filters, text, geotag). Unlike Facebook live, your story will only be accessible for 24 hours after you post it and viewers can only respond with direct message – messages are not made public, therefore Facebook Story is more suitable for direct interaction with individuals.

Given its short availability on the internet, try not to rely on this feature for important announcements and information if you don’t have a huge following. However, Facebook Story is great to keep you Facebook account active and interactive! It’s also great for ‘behind the scenes’ of your project or event. It may work as a ‘teaser’ video to build people’s curiosity and strengthen the buzz.