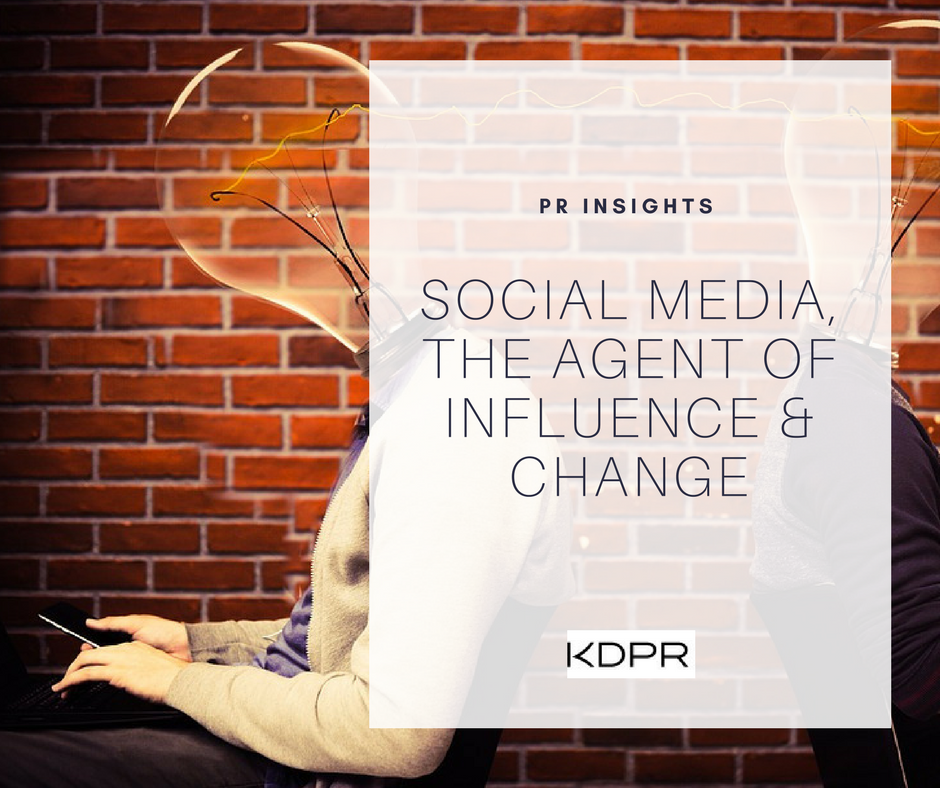 Technology has melded with modern society to the point that our livelihoods, particularly as professional communicators, necessitate the use of telecommunications for daily business. Most importantly, society is becoming more dependent on social media of the networking kind.

It may not appear to directly influence your company’s core business, but having a social media presence is a powerful tool for all connected to a business: clients, employees and key stakeholders. It deserves attention.

The 2017 Sensis Social Media Report, investigating social media use of Australian residents, recorded that last year 64% of respondents – out of a sample size of 800 consumers – said they were more likely to trust brands if the business behind it positively interacted with its audience on social media. That was an increase on the 52% recorded in 2016.

This shows the community is placing more gravitas on a company’s social media interactions than ever before.

Your online presence is at the coalface of your business.  It may be the first and last impression made on prospective customers if it is poorly designed and not managed well.  Having a well-conceived and engaging social presence, on the other hand, can effectively disseminate your brand positioning and reinforce your business as an attractive prospect worth the investment of time or money.

Until recently, I struggled to identify the salience of social media.  This changed during my studies in Texas, U.S.A. in 2016.

This time was characterised by mounting social tension surrounding the election campaign. Students were glued to their screens in communal gatherings during the debates and the talk in town concerned the celebrity-turned-presidential candidate whose influence centred on his social media juggernaut branded with the tenet of fake news and the slogan: Make America Great Again.

Then presidential candidate Donald Trump’s online presence was pervasive and unavoidable in nature. It was the first time I witnessed the social media realm so actively pursued in the political arena. It propelled his brand to centre stage and kept his agenda firmly set in the public’s eye. Seeing this taught me to never undermine the power of mass media communications.

The salience of social media can be found in the recent movement in the United States calling for an end to arms.

The mass protest unfolding in response to the Florida high school massacre exemplifies this.

Almost overnight, the student-driven movement: March For Our Lives, coordinated by survivors of the incident, mobilised a mass following on social media where their agenda went viral last week.

In a Reuters report by Andrew Hay, Professor of Civic Media at MIT, Sasha Costanza-Chock said of the movement that,

“It’s the perfect storm of young people whose authority to speak cannot be denied because their friends were just murdered, have control of social media, the ability to speak to mass media, have celebrity support and organizational infrastructure.”

Social media underpins the campaign by providing the infrastructure to disseminate the movement’s agenda apace.

On Facebook alone, the organisers set 77 event listings including one in London, UK, and their social media platforms amassed hundreds-of-thousands of followers – Facebook, 139,835; Twitter, 130,000; and Instagram, 69,000. Backing these is a dedicated website and GoFundMe page which accrued donations exceeding $2 million by 28,756 people in five days. Additionally, the official event application lodged to the National Park Service – the march on Washington – has been slated to attract 500,000 attendees. These numbers continually grow.

The success of the movement comes down to various factors:

The movement has been met with support shown in other ways. Most recently, sponsors of the NRA have been challenged to defect from the association.

The current atmosphere in the States has facilitated individual’s posts going viral as they make a statement on the issue.  These people are not celebrities, and don’t have PHDs, they are normal individuals whose voices have resonated with cultural sentiment.

An emerging theme shows gun owners with variations of the rifle used in the attack (AR15), abandoning (and in one instance, destroying) the firearm in protest for tighter restrictions. Within two days, two posts: the first by Ben Dickmann, the second by Scott-Dani Pappalardo collectively gained 604,000 reactions and 302,000 shares. Pappalardo’s post, in the form of a video, has at the time of writing this article had 27 million views. The hashtags utilised for these posts  – #outofcirculation and #oneless – have trended upwards in their circulation, with a long trail of other users engaging with them through similar initiatives. 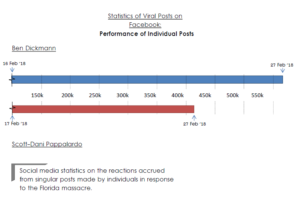 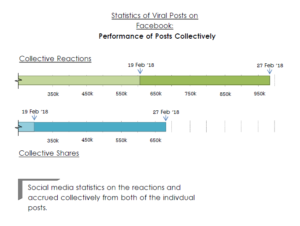 With the right message and timing, the movement has stimulated global conversation and waves of action engaging hundreds-of-thousands, if not millions. 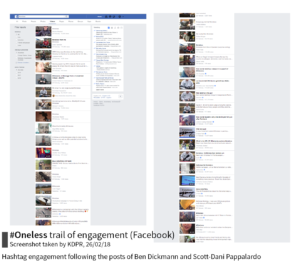 Of all this, the starkest realisation is that these waves of influence came not from those with the deepest pockets nor the most prominent in society, it came from high-school students and everyday citizens. It is a powerful display of how people can spur movements towards change with minimal resources and how social media assists in making it a reality.

This is a reminder to businesses to ensure social media is an important piece of their marketing pie.  There is a world of interactions occurring in the online networking space be it Instagram, Facebook, snapchat, LinkedIn, Twitter or on the blogosphere.  It is imperative these are assessed, positively engaged with and managed in order for your core business to thrive.

Words and graphics by Aidan Taylor