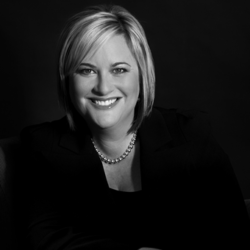 Kristin has forged a successful career spanning more than 20 years as a broadcast journalist and communications strategist, and since founding KDPR in 2003, has become a trusted advisor to leaders in business, government and the professions on all aspects of communication.

Kristin is well known for her strategic nous and ability to problem solve and build brands and she loves working with decision-makers who are prepared to think outside the box on communications strategy. Her investment in the success of her clients has allowed her to build long-lasting, trusted relationships with some of Queensland’s most influential individuals and organisations.

Change management, place making, launches, mergers, advocacy, reputation, digital presence and creative development are her particular areas of interest. Highly skilled in reputation management and crisis communications, Kristin is also in-demand as a media trainer and public speaking coach, and is a regular guest speaker, facilitator and MC at Brisbane business and fundraising events, and a regular panelist on ABC Radio Brisbane.

The Office of Women (Queensland) named Kristin as one of ten women in the 1990s to have contributed in a significant way to Queensland as part of the Q150 celebrations. She has held several Board and Committee roles including Women in Media Queensland, La Boite Theatre Company, the National Board of the Public Relations Institute of Australia (PRIA) and Australia-Israel Chamber of Commerce Qld (AICC).

Kristin is a champion for change, particularly on the subject of gender equality, and is an outspoken advocate for the empowerment of women.

The days of compartmentalising marketing communications from other aspects of business management are over. Getting the narrative right, the story of your organization and what sets you apart, is the first most critical step in positioning your brand. From there, the matrix of marketing communications can be built in terms of how you engage your internal audiences through to your customers and other stakeholders. I love helping organisations articulate that story, and then help them bring it to life !